The Light and The Shadow 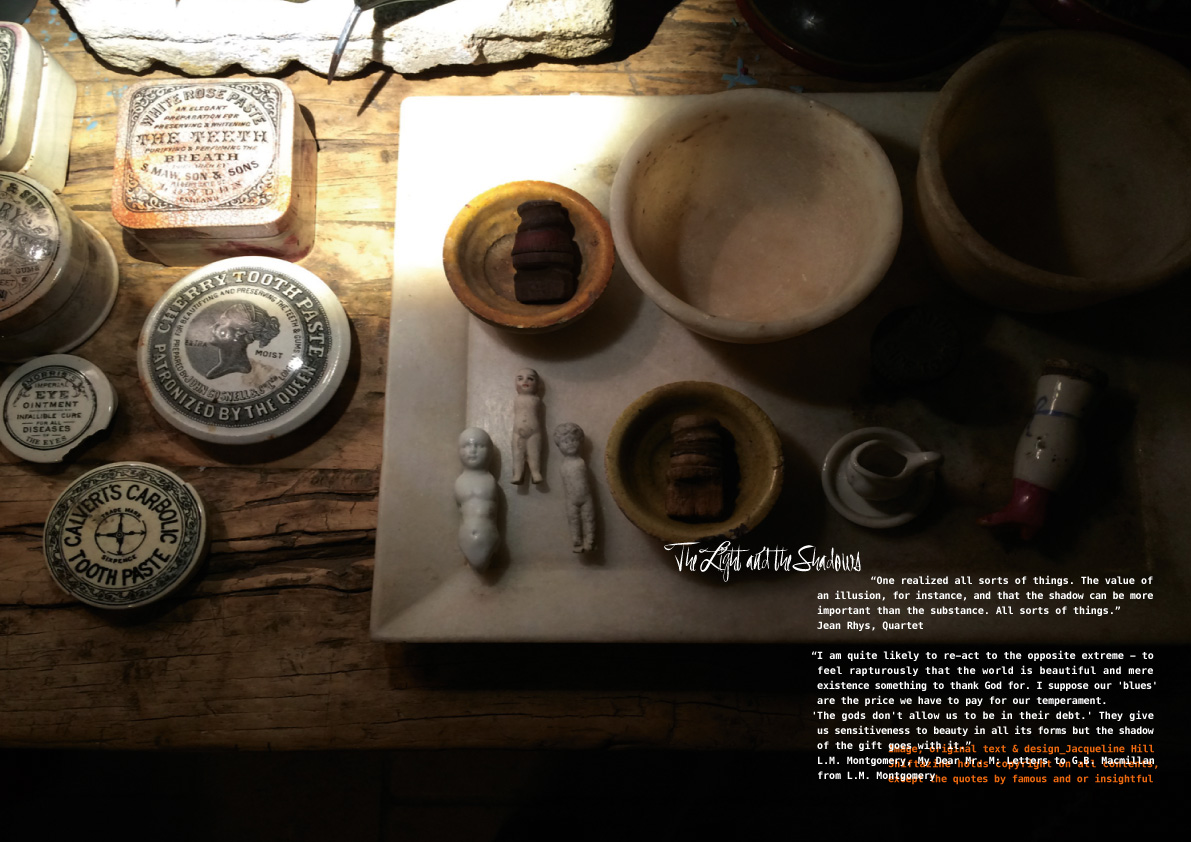 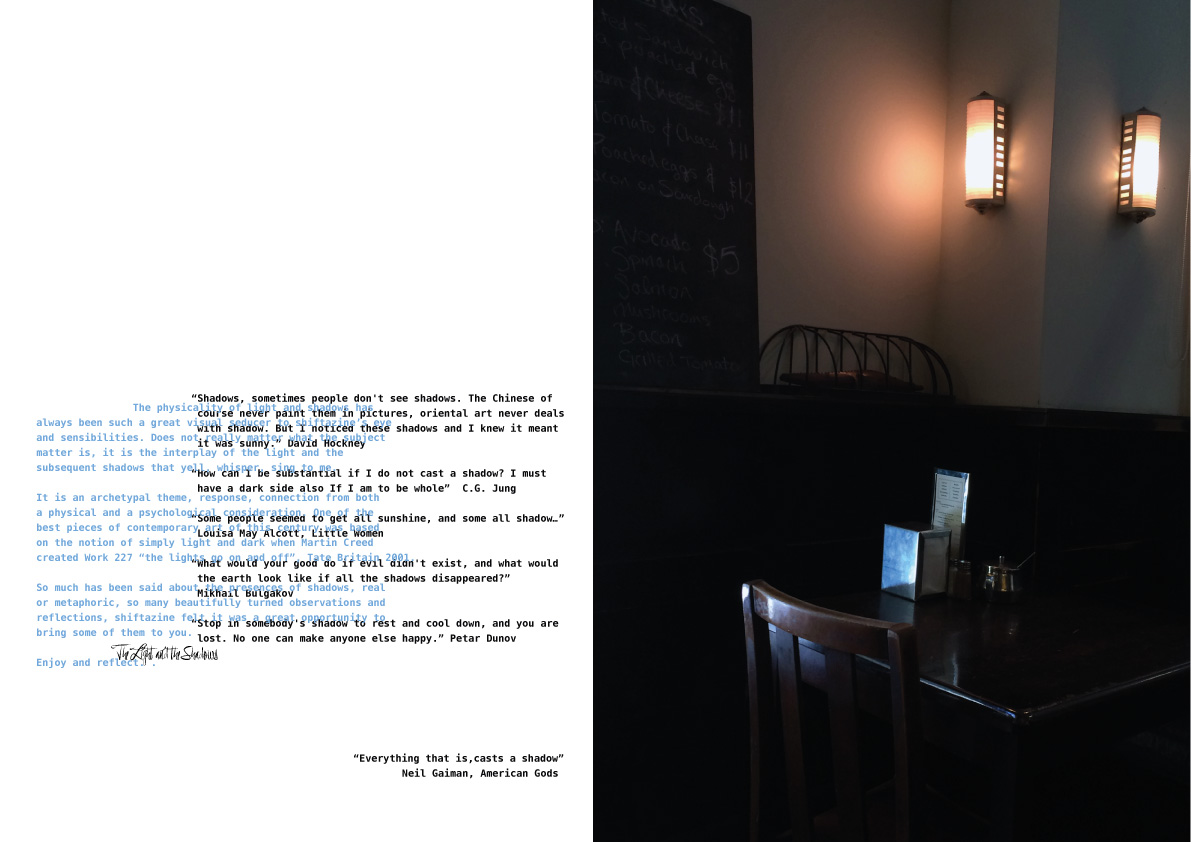 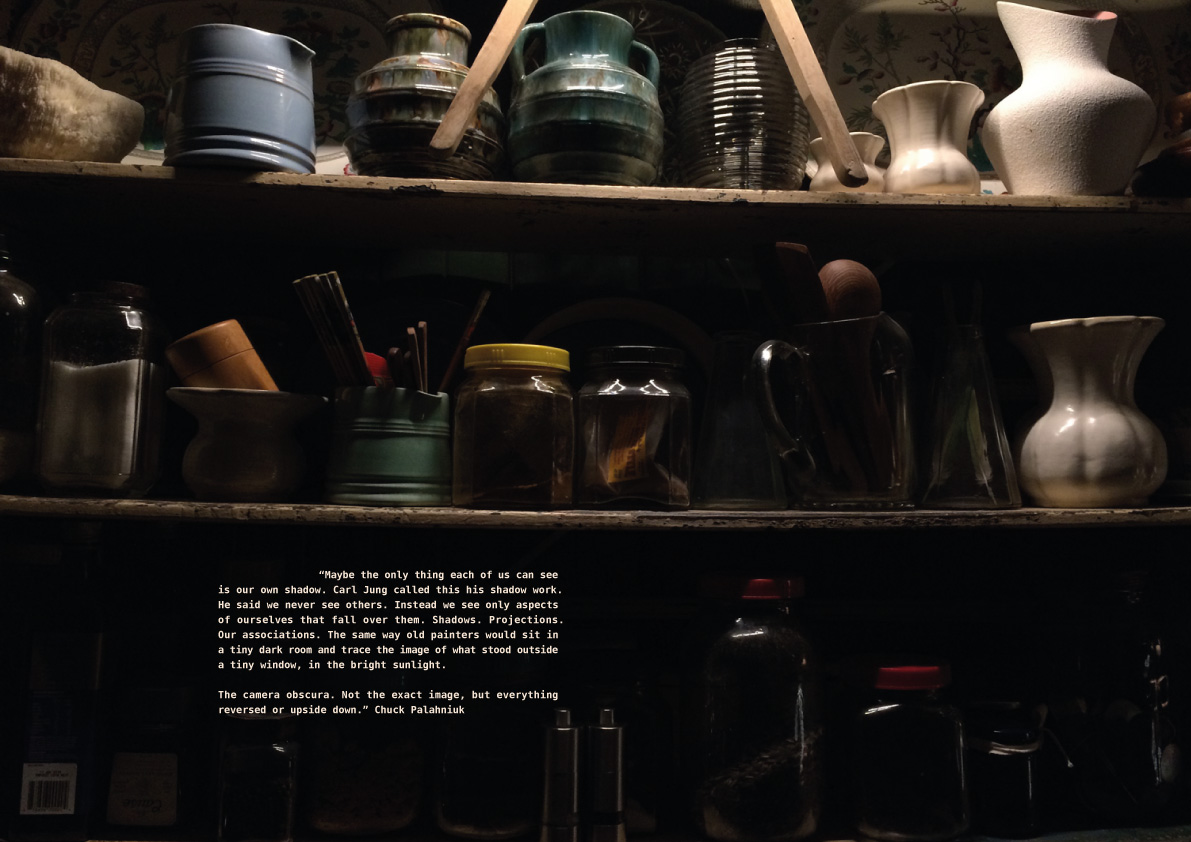 The physicality of light and shadows has always been such a great visual seducer to shiftazine’s eye and sensibilities.
Does not really matter what the subject matter is, it is the interplay of the light and the subsequent shadows that yell, whisper, sing to me.

It is an archetypal theme, response, connection from both a physical and a psychological consideration.
One of the best pieces of contemporary art of this century was based on the notion of simply light and dark when Martin Creed created Work 227 “The lights go on and off”, Tate Britain 2001.

So much has been said about the presences of shadows, real or metaphoric,
so many beautifully turned observations and reflections, shiftazine felt it was a great opportunity to bring some of them to you.

“Shadows, sometimes people don't see shadows.
The Chinese of course never paint them in pictures, oriental art never deals with shadow.
But I noticed these shadows and I knew it meant it was sunny.” David Hockney

“How can I be substantial if I do not cast a shadow? I must have a dark side also If I am to be whole”. C.G. Jung

“Some people seemed to get all sunshine, and some all shadow…” Louisa May Alcott, Little Women

“What would your good do if evil didn't exist, and what would the earth look like if all the shadows disappeared?” Mikhail Bulgakov

“Stop in somebody's shadow to rest and cool down, and you are lost. No one can make anyone else happy.” Petar Dunov