Colours of Athens: No.2 Light & Shadows 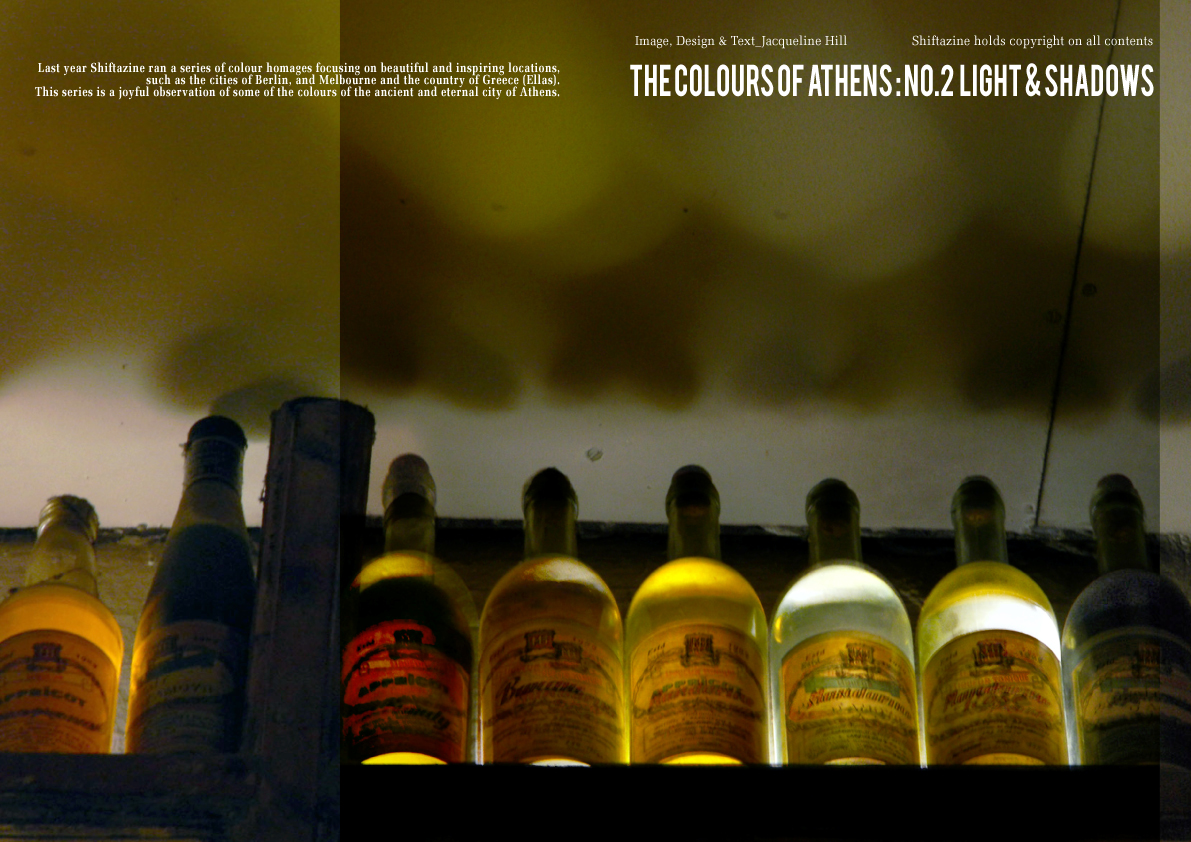 Last year Shiftazine ran a series of colour homages focusing on beautiful and inspiring locations,
such as the cities of Berlin, and Melbourne and the country of Greece (Ellas).

Several days ago Shiftazine published the first in a series that will feature the ancient and eternal city of Athens.

This evocative image of light and shadows was captured at Brettos Bar, which is the second oldest operating bar in Europe.
Located in the heart of the Plaka area, it is the part of Shiftazine’s pilgrim path when in Athens.

The 2015 series will be, once again, a joyful observation of the colours that are a part of these intriguing places.

Posted by SHIFTAZINE at 7:11 PM No comments: