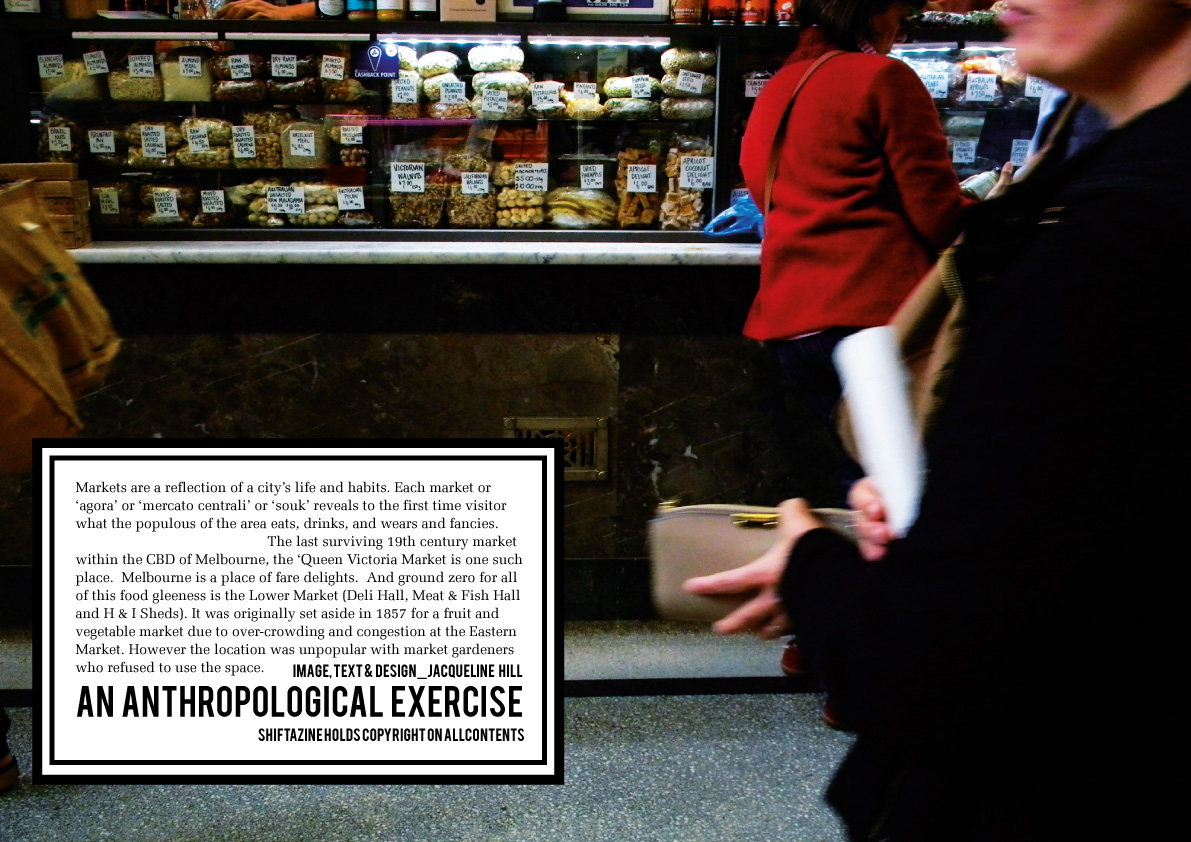 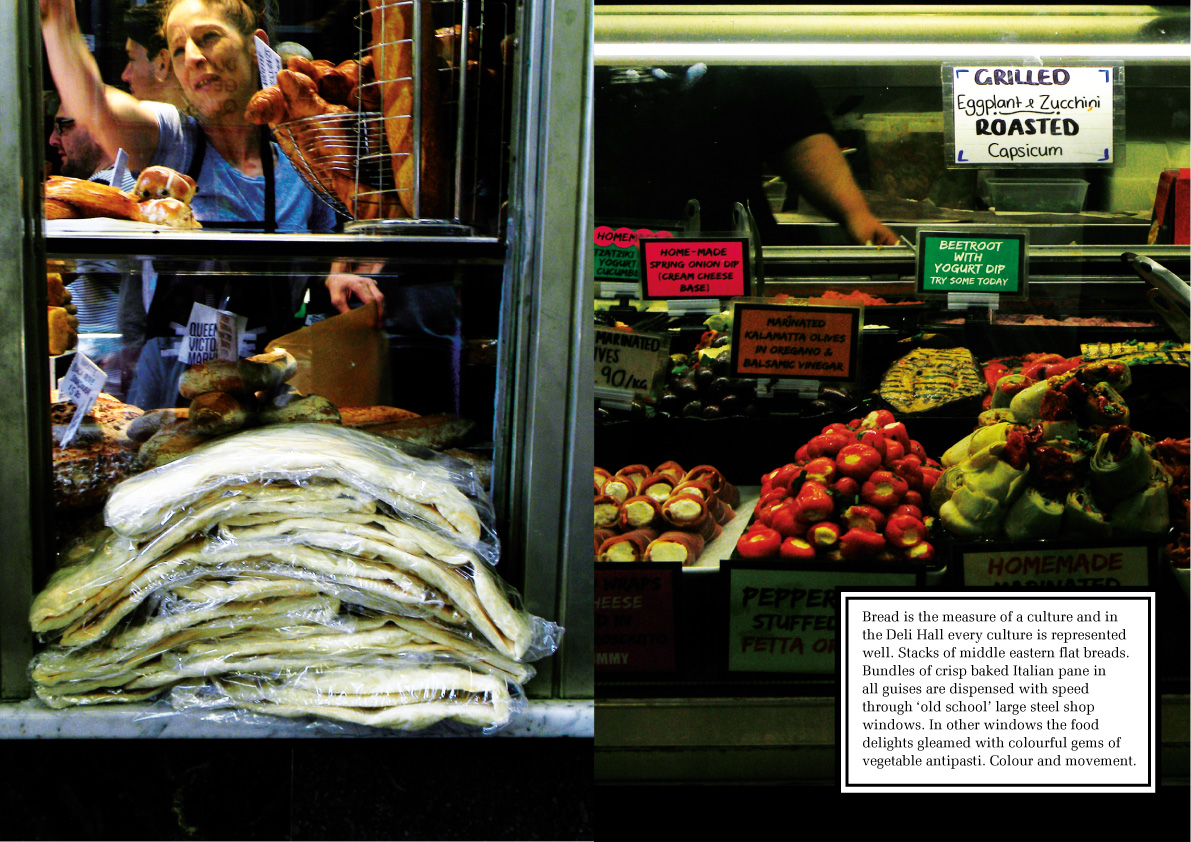 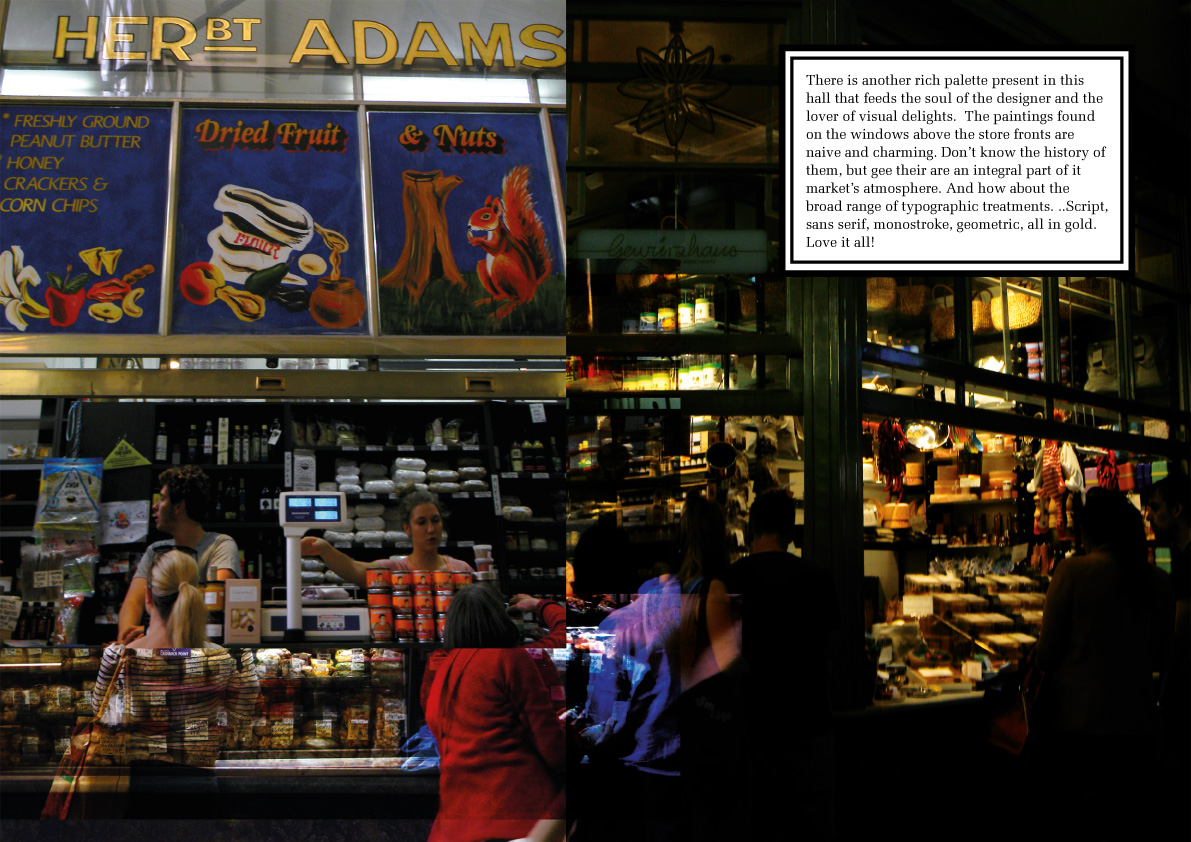 Markets are a reflection of a city’s life and habits.
Each market or ‘agora’ or ‘mercato centrali’ or ‘souk’ reveals to the first time visitor what the populous of the area
eats, drinks, and wears or fancies a bit of nonsense.
The last surviving 19th century market within the CBD of Melbourne, the ‘Queen Victoria Market is one such place.
Melbourne is a place of fare delights.  And ground zero for all of this food ‘gleeness’ is the Lower Market (Deli Hall, Meat & Fish Hall and H & I Sheds).
It was originally set aside in 1857 for a fruit and vegetable market due to over-crowding and congestion at the Eastern Market.

Bread is the measure of a culture and in the Deli Hall every culture is represented well.
Stacks of middle-eastern flat breads. Bundles of crisp baked Italian pane in all its guises are dispensed with speed through ‘old school’ large steel shop windows.
In other windows the eatable delights such as vegetable antipasti gleamed like colourful gems.
All colour and movement. All hassle and bussell.
There is a camaraderie in this space where everyone shares the same secret pleasure…good food.

There is another rich palette present in this hall that feeds the soul of the designer and the lover of visual delights.
The paintings found on the windows above the store fronts are naive and charming.
Don’t know the history of them, but gee their are an integral part of it market’s atmosphere.
And how about the  broad range of typographic treatments. ..Script, sans serif, mono-stroke, geometric, all in gold.
Love it all! Melbourne rocks.