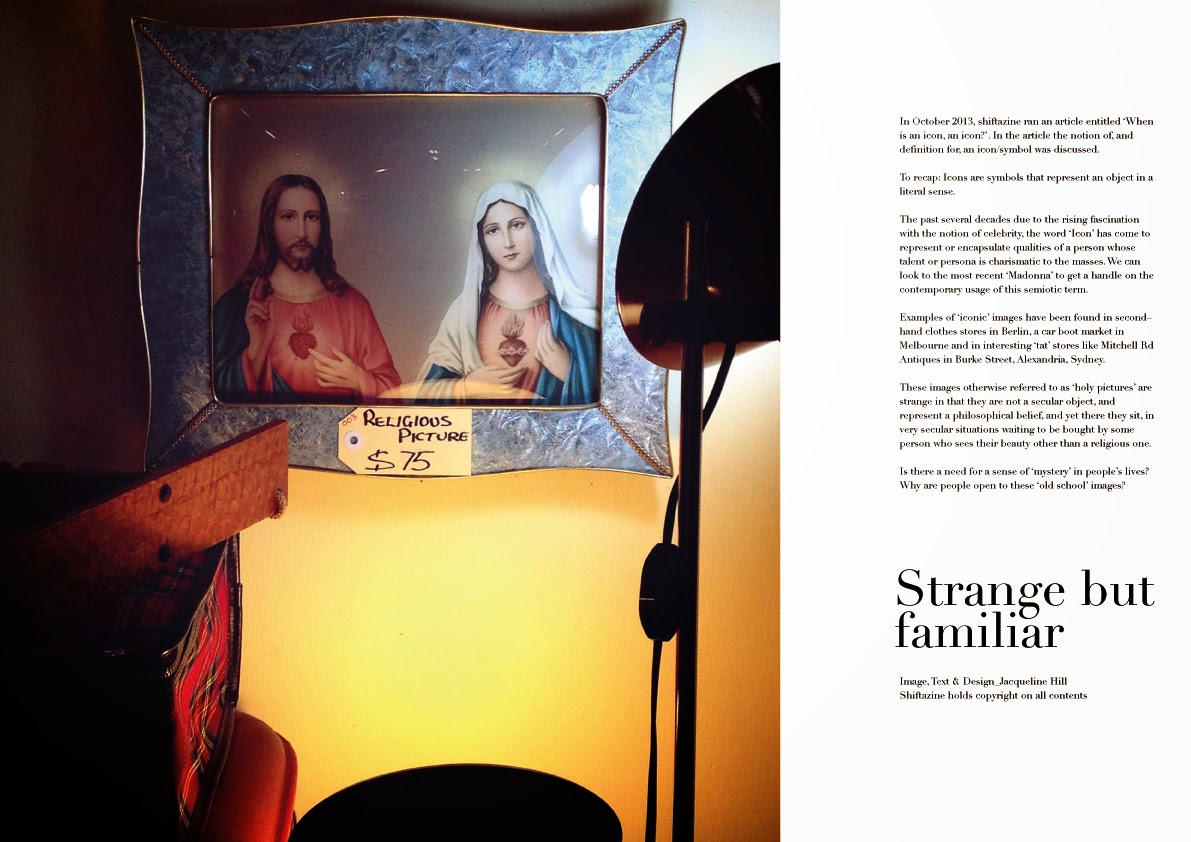 In October 2013, shiftazine ran an article entitled ‘When is an icon, an icon?’.
In the article the notion of, and definition for, an icon/symbol was discussed.
To recap: Icons are symbols that represent an object in a literal sense.
Over the past several decades, due to the rising fascination with the notion of celebrity, the word ‘Icon’ has come to represent or
encapsulate qualities of a person whose talent or persona is charismatic to the masses.
We can look to the most recent ‘Madonna’ to get a handle on the contemporary usage of this semiotic term.

Examples of ‘iconic’ images are found in second hand markets and venues such as ‘tat’ stores around the world.
The example above was sited just the other day at Mitchell Road Antiques in Burke Street, Alexandria, Sydney.

These images otherwise referred to as ‘holy pictures’ are strange in that they are not secular objects, and represent a philosophical belief,
and yet there they sit, in very secular situations waiting to be bought by some person who
sees their beauty other than a religious one.

Is there a need for a sense of ‘mystery’ in people’s lives?
Why are people open to these old school images? Who buys them?
Posted by SHIFTAZINE at 1:01 AM No comments: