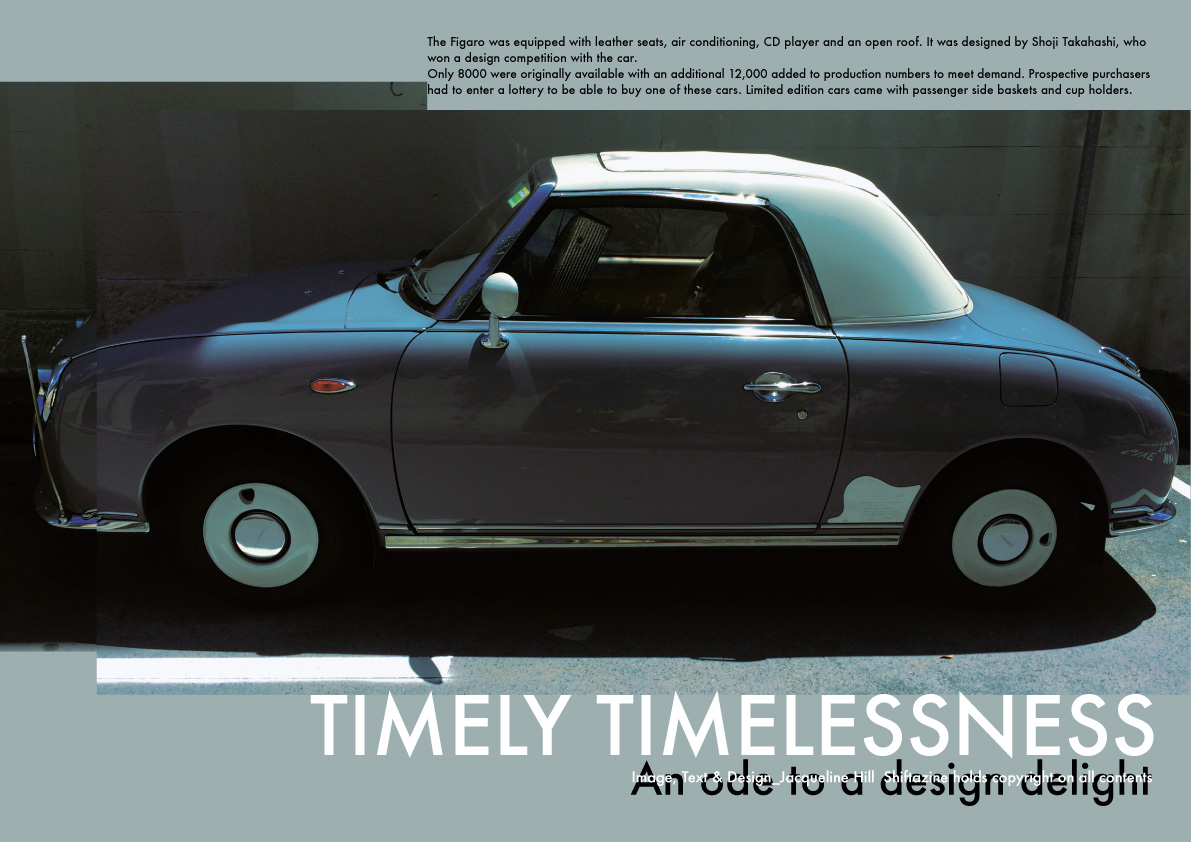 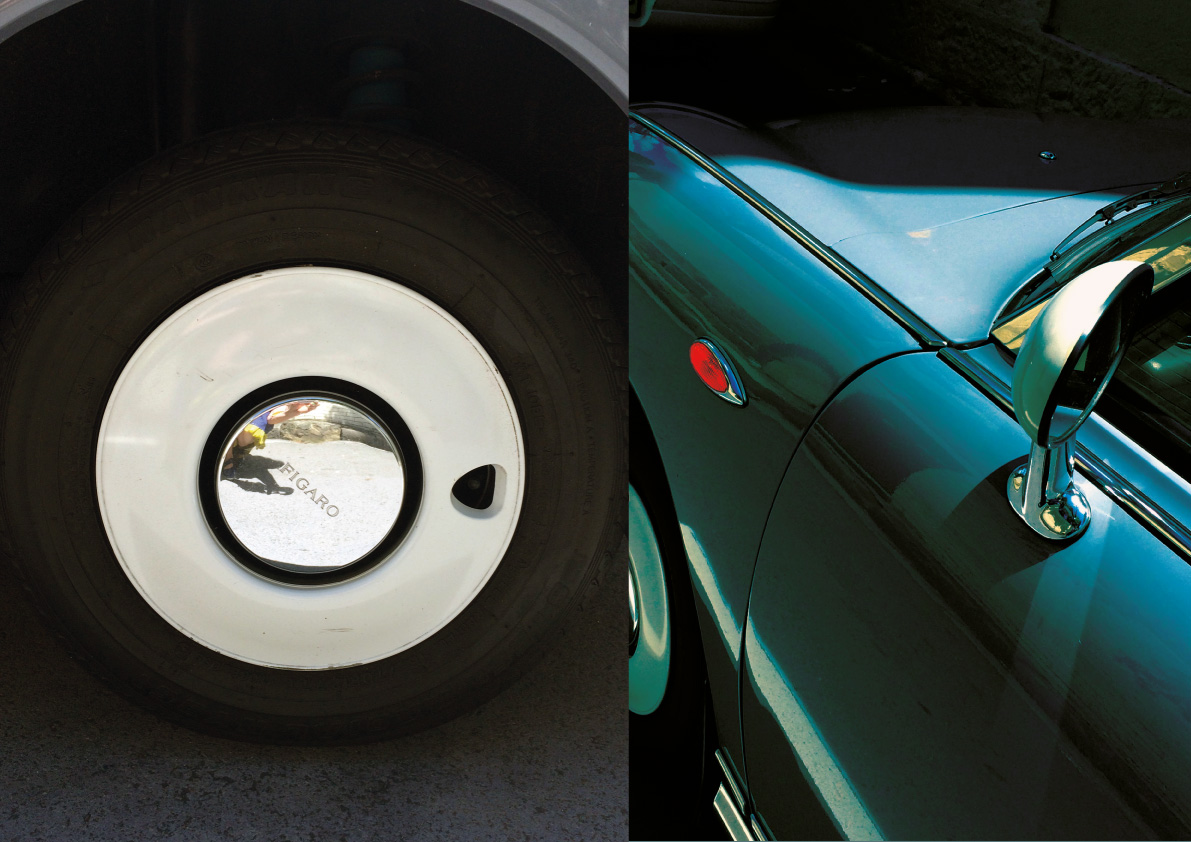 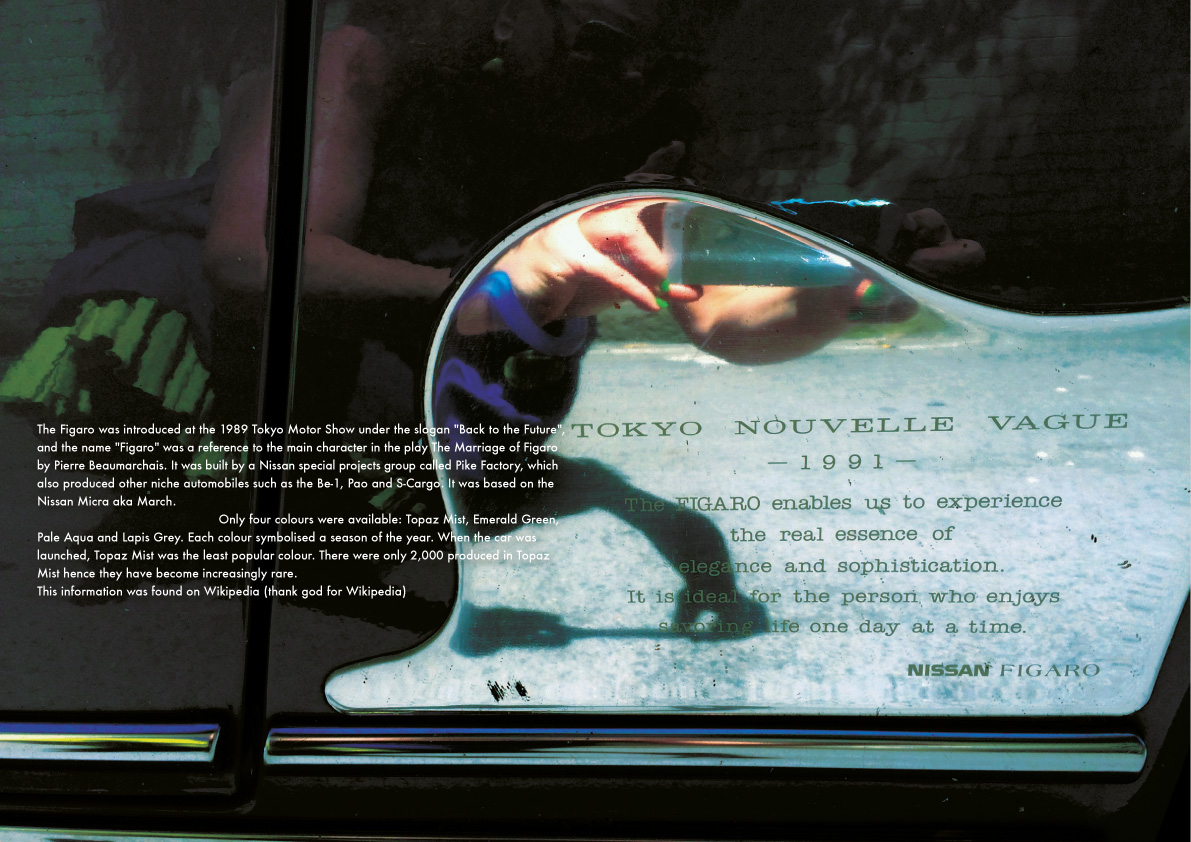 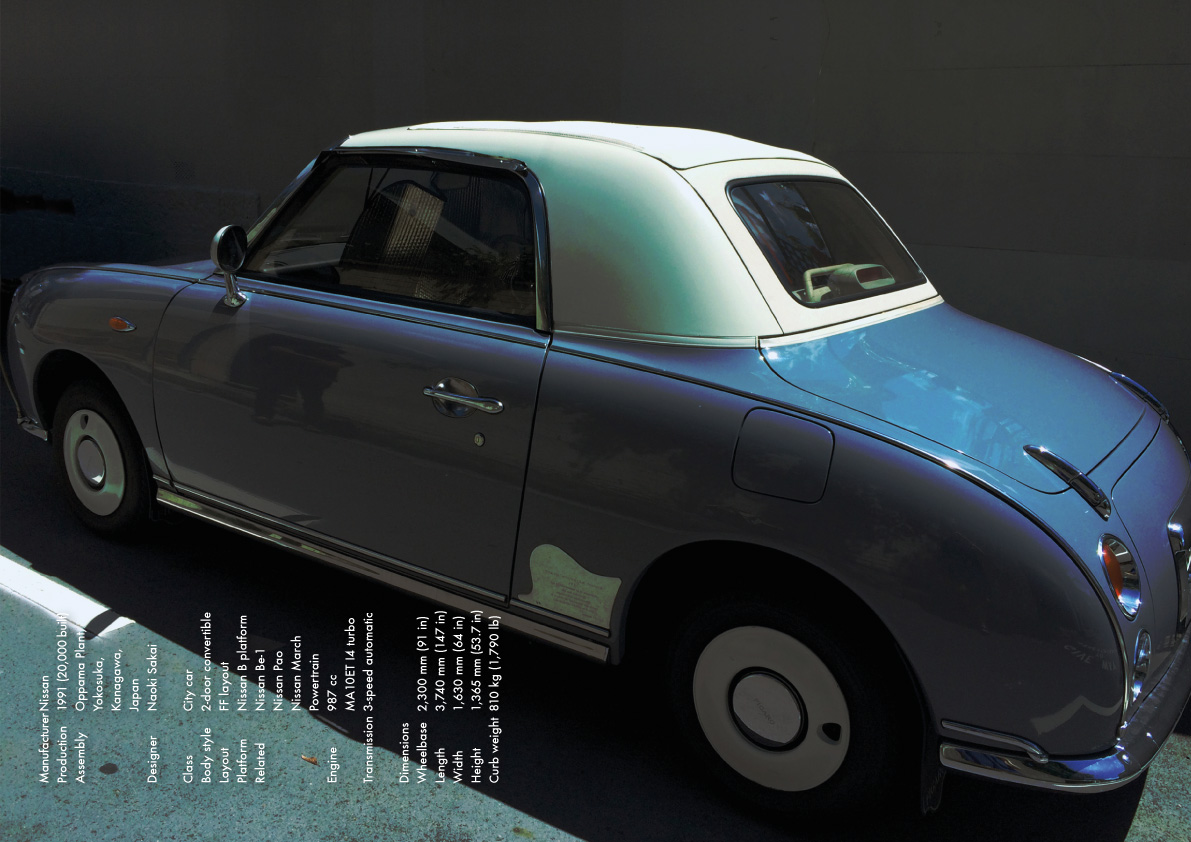 The other day shiftazine was wondering the streets of inner city Sydney (Redfern) when a vision of design wonderfulness came into view.
There it was, a Figaro.

The Figaro was introduced at the 1989 Tokyo Motor Show under the slogan "Back to the Future",
and the name "Figaro" was a reference to the main character in the play The Marriage of Figaro
by Pierre Beaumarchais.
It was built by a Nissan special projects group called Pike Factory, which also produced other niche automobiles such as the Be-1, Pao and S-Cargo.
It was based on the Nissan Micra aka March.

Only four colours were available: Topaz Mist, Emerald Green, Pale Aqua and Lapis Grey.
Each colour symbolised a season of the year. When the car was launched, Topaz Mist was the least popular colour.
There were only 2,000 produced in Topaz Mist hence they have become increasingly rare.

The Figaro was equipped with leather seats, air conditioning, CD player and an open roof.
It was designed by Shoji Takahashi, who won a design competition with the car.
Only 8000 were originally available with an additional 12,000 added to production numbers to meet demand.
Prospective purchasers had to enter a lottery to be able to buy one of these cars.
Limited edition cars came with passenger side baskets and cup holders.


This information was found on Wikipedia (thank god for Wikipedia)
Posted by SHIFTAZINE at 12:25 AM No comments: