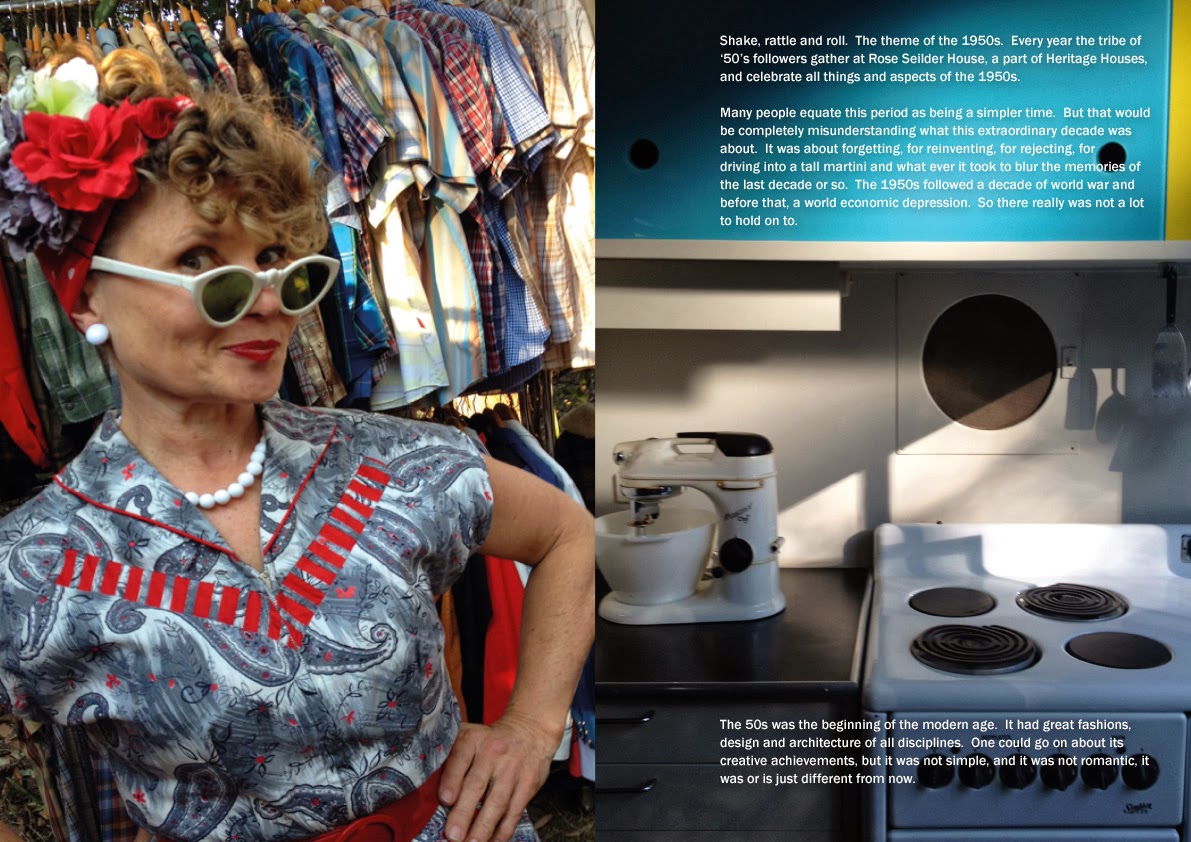 Shake, rattle and roll.  The theme of the 1950s.
Every year the tribe of '50s' followers gather at Rose Seilder House, a part of Heritage House, and
celebrate all things and aspects of the decade.
Many people describe this period as being a simpler time.
But that would be completely misunderstanding what this extraordinary decade was about.
It was about forgetting, for reinventing, for rejecting, for driving into a tall martini and
whatever else it took to blur the memories of the last decade or so.
The 1950s followed a decade of world war and before that, a decade of world economic depression.
So there really was not a lot to hold on to. Look forward, not back.
It was the beginning of the modern age.
It had fabulous fashion, music, films, literature, design, and architecture.


One could go on about its creative achievements, but it was not simple, and it was not romantic, it was just different from now, thats all.

Posted by SHIFTAZINE at 8:36 PM No comments: