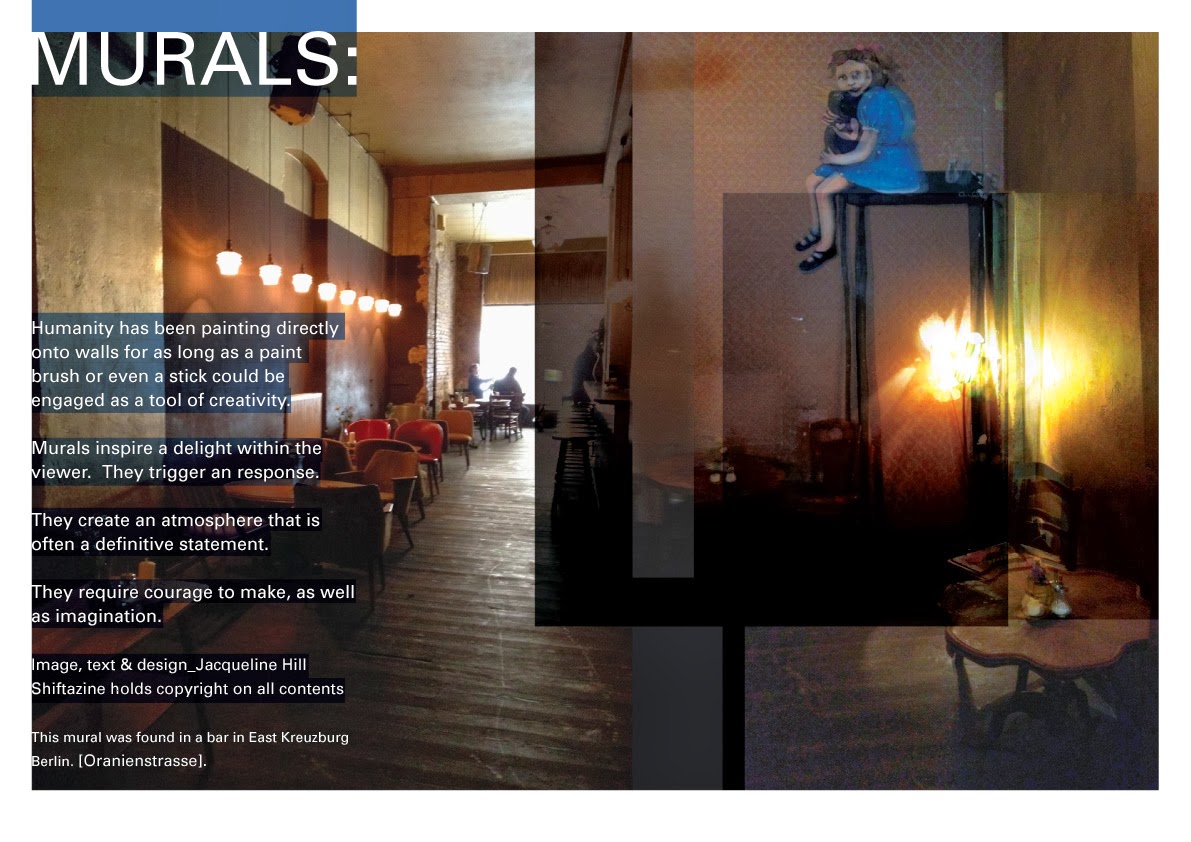 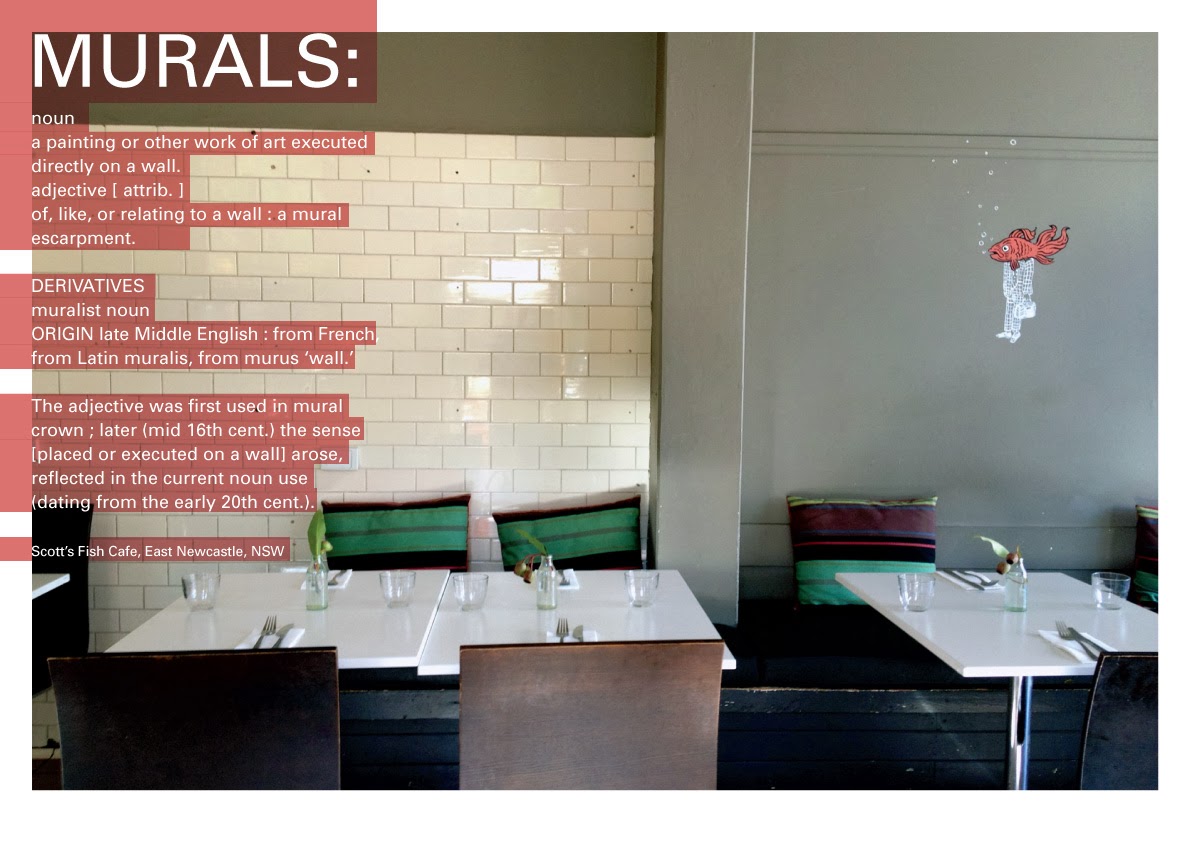 You need courage and imagination when you engage in producing a mural.

Murals often trigger a strong response from the viewer and they often inspire many to think about creating one at home.
(Few manage to realise this idea.)

mural : noun_a painting or other work of art executed directly on a wall.
adjective [ attrib. ]_of, like, or relating to a wall : a mural escarpment.
ORIGIN late Middle English : from French, fromLatin muralis, from murus ‘wall.’ The adjective was first used in mural crown ; later (mid 16th cent.) the sense [placed or executed on a wall] arose, reflected in the current noun use (dating from the early 20th cent.).
Posted by SHIFTAZINE at 12:47 AM No comments: