Colour Book: A world of colour in tomatoes 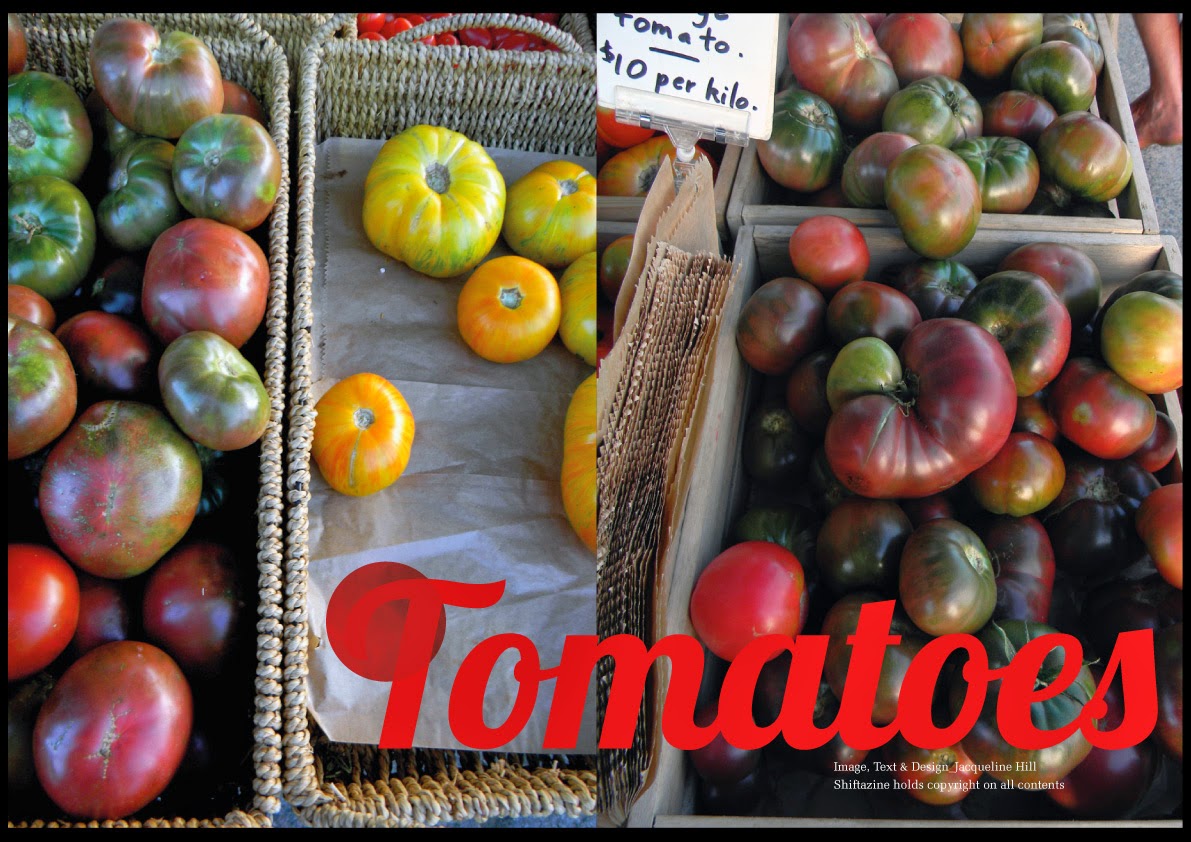 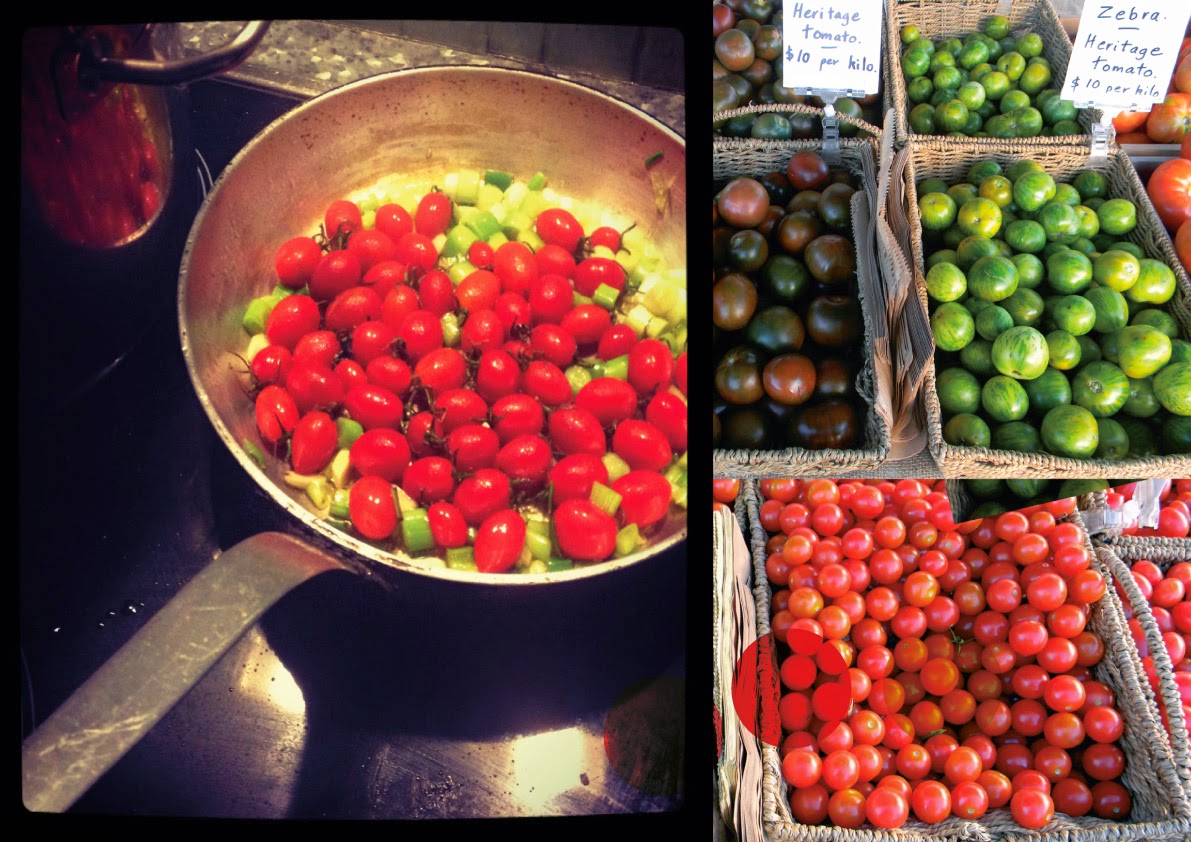 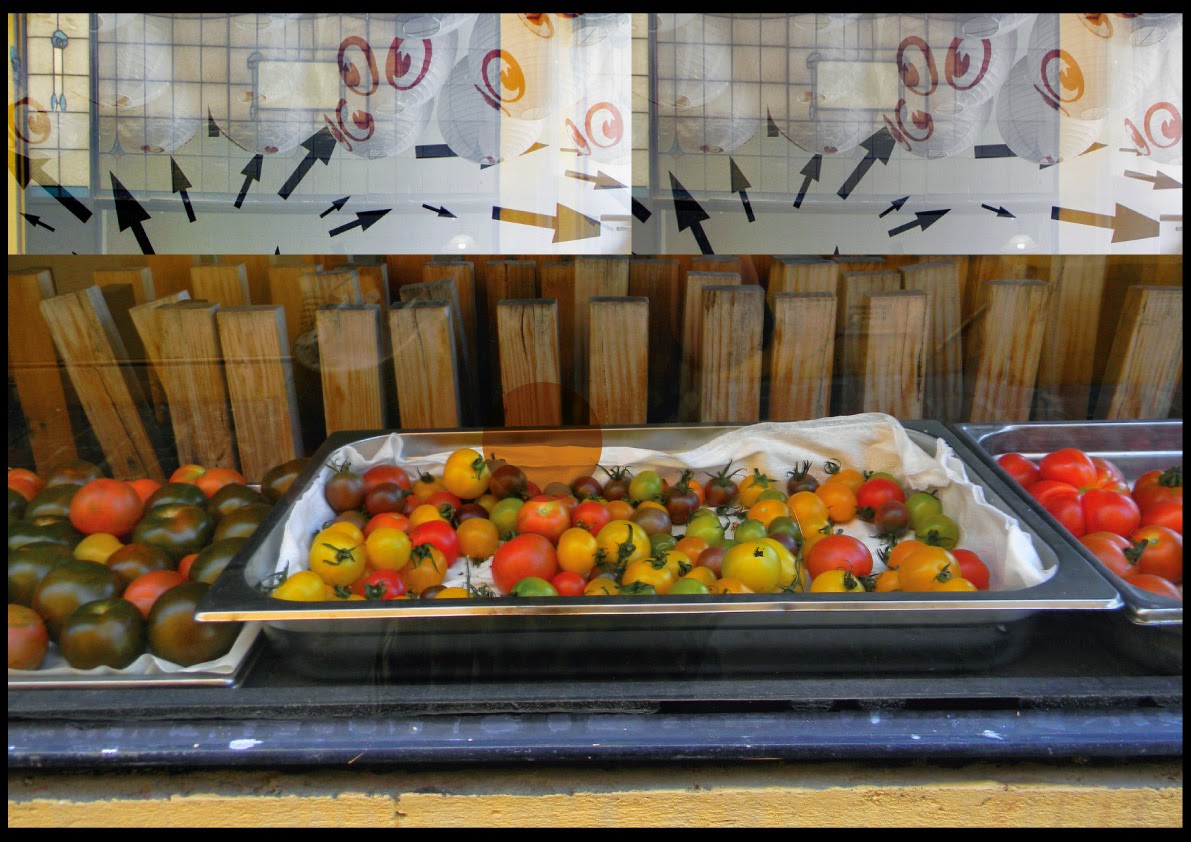 Once a friend of mine said she did not feel comfortable about eating a tomatoes that was not red, because that is the colour they are suppose to be.
But tomatoes were first known as pomodoro, which mean 'apple of gold'...so you see tomatoes were golden at first.

Now they are of all colours from purple to green and every other joyous hue in between.
They are the super food. They are an inspiration to cooks and eaters alike.

Posted by SHIFTAZINE at 12:46 AM No comments: